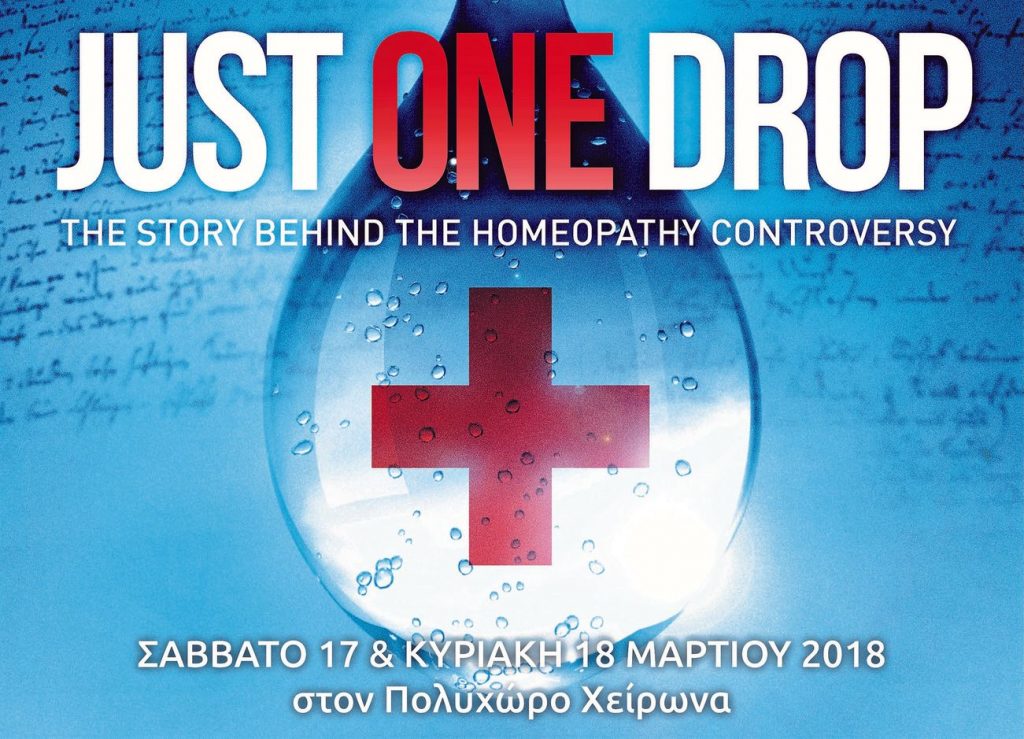 The hellenic Association of Homeopaths presents the documentary “JUST ONE DROP”, at Chironas Events Venue.

On the weekend of the 17th and 18th of March, the hellenic Association of Homeopaths presents – in the first public screening in Greece – the world famous documentary

“JUST ONE DROP” – “The story behind the homeopathy controversy” – The amazing production of Laurel Chiten is probably the most well rounded effort to get rid of common misconceptions about homeopathy, till now..

JUST ONE DROP tells the little-known story of homeopathy: the most controversial system of medicine. Homeopathy often uses minute doses of a highly diluted substance to stimulate the body to heal itself. To many, homeopathy seems implausible. They fear it is purely a placebo effect or worse, a form of deception or quackery. Yet, homeopathy has been around for over 200 years and is used by millions worldwide. The film explores the controversy, reveals the rich history, dispels myths and misconceptions, and asks whether or not homeopathy has been given a fair shake.

An excellent journalistic research and production, whose first national public screening will take place on the 17th & 18th of March by the hellenic Association of Homeopaths, in collaboration with Project Chironas.

Before the screening of the documentary, informational speeches will be held by representatives of the Association of Homeopaths. The program and the exact times of the event will be announced very soon on our website and through the social media.

The event will be hosted in the “Uranus” Hall of the Chironas Events Venue with free emtrance. For organisational reasons, participation notification is required.

Special thanks to the media sponsor “Holistic Life” magazine.

Let us meet there..