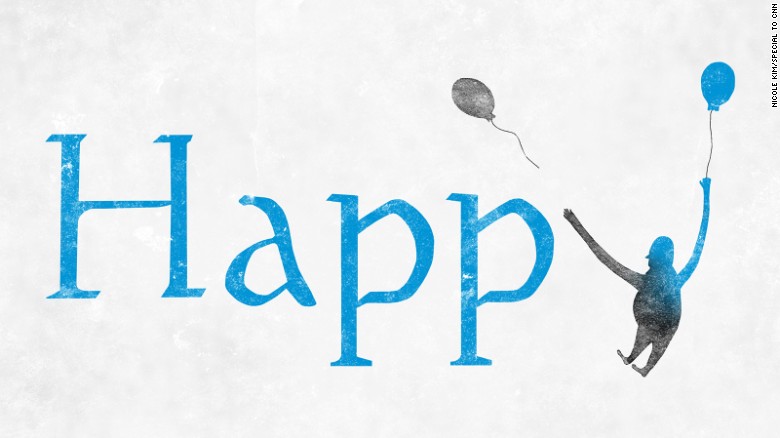 David G. Allan is editorial director of CNN Health and Wellness. He wrote this story in 2014 for the BBC. He writes The Wisdom Project and you can follow him @davidgallan or his column tinyletter.com/wisdomproject

Deep inside the global tech behemoth Google sits an engineer with an unusual job description: to make people happier and the world more peaceful.

A few years ago, Chade-Meng Tan, one of the company’s first engineering employees in Mountain View, noticed many of his colleagues were stressed out and unhappy at work, so he decided to do something about it. He persuaded his bosses to let him create a course that would teach employees mindfulness skills to enhance emotional intelligence and promote wellbeing, and he transitioned to the HR department to run it. In a nod to his employer, he called it Search Inside Yourself, an admittedly corny name that is also the title of his book about the course’s techniques.

At the 2014 SXSW festival in Austin, Texas, I was curious about Meng’s panel, called “Make Yourself the Happiest Person on Earth.” Not surprisingly, given the talk’s promise, every seat and spot of floor space in the hotel ballroom was filled. Meng promised he was going to teach us the “scientifically proven” secret of happiness in three easy steps.

I was fascinated, but naturally skeptical. So in the weeks afterwards, I decided to try Meng’s three-step advice for myself to see if it made me happier. I also took a closer look at the science that he claims support his techniques. Could there be anything to it? Let’s look at each of the steps in turn.

Step one: “Calm your mind”

To introduce his first piece of advice, Meng led the SXSW audience through a short collective breathing exercise to calm the fluffy particles in the “snow-globes” (his metaphor) in our skulls. He advocates finding easy ways to take pauses during the day and be mindful of your breath. “If that’s too hard, then just think about nothing for little bit,” he joked.

His book goes into more detail, focusing on what meditation is and how to begin practicing it, citing a study by Jon Kabat-Zinn at the University of Massachusetts Medical School that mindfulness-training reduces reported anxiety.
Meng is not the only one to suggest that meditation and mindfulness is good for our mental health. For example, the monk Matthieu Ricard, who the press has dubbed “the world’s happiest man” has written a book on the topic himself.

But does it work? There is some evidence that mindfulness can help stave off negative thoughts. A recent review of 209 studies found that the practice can help treat depression, anxiety and stress. (Some researchers even claim that the stress-reduction promised by meditation could help slow the effects of aging.)

It’s worth pointing out that dealing with depression and anxiety is not necessarily the same thing as boosting happiness. Still, Meng’s first piece of happiness advice appears to have growing scientific credence.

This means simply saying to yourself — as you sip a great espresso, laugh at your friend’s joke or buy that shirt you’ve wanted — “I am having a moment of joy!” When negative things happen to us throughout the day we tend to hold on to them, while the good things are more fleeting and ephemeral. So, by consciously acknowledging the good things, says Meng, we increase our chances that when we reflect on our day, we conclude it was happy one.

The hypothesis that noting positive experiences counterbalances, or outweighs, negatives makes intuitive sense. We can all relate to the power of a single, even short-lived incident tainting a whole day, but rarely does the reverse seem true. As Johnny Mercer sang, you have to “accentuate the positive, eliminate the negative.”

Recent studies have tried to explore this effect, including one by positive psychology researcher Barbara Fredrickson, which concluded we need a 3:1 positive-to-negative ratio of thoughts to free our minds from the tar-paper effect of negative thinking. However, this particular study has proven controversial, with some researchers questioning the mathematical claims made in the paper.

One 2006 study, however, found that people who wrote down their positive experiences in a diary reported greater feelings of life satisfaction, and the effect lasted for up to two weeks afterwards.

Step three: “Wish other people to be happy”

According to Meng, altruistic thoughts benefit us because we derive a lot of joy from giving, even more than from receiving.

Meng makes eloquent arguments for the (I think) self-evident need to infuse your life with more compassion, but only cites one study — on people performing acts for others — to back his claim that “kindness is a sustainable source of happiness.”

In his book Happiness: A Very Short Introduction, the philosopher Daniel Haybron supports Meng’s case by citing other researchers, particularly psychologist Michael Argyle who has suggested “only dancing generated higher ‘levels of joy’ than volunteer and charity work.” Fredrickson, too, has studied the benefits of a form of meditation that involved thinking positive thoughts about others. She asked people to try the technique for a few minutes a day for several weeks, and many reported feeling more joyful and hopeful.

But we’re still far from Meng’s logic leap that just thinking well for others is enough. We’d be kidding ourselves if we think that wanting someone else to be happy is the same thing as actually doing something to make them happy, such as giving them a gift or, apparently, taking them dancing.

In fact, the more I looked into Meng’s claims the less convinced I was that his claims are heavily supported by existing research. Many of the findings in these studies are tentative, and need to be replicated. According to Haybron, there are actually other happiness factors backed by more robust studies — such as autonomy, meaningful and skilled work, relationships/love, money (but not too much) and security (but not too much because you’ll be bored) and non-attachment to things we could lose.

And yet, at the same time the more I practiced the three-step method, the more it seemed to be working. I started meditating at work. I programmed my mobile phone to send me hourly reminders to wish happiness on others. And I remembered to tell myself “I’m having a moment of joy!” when I was having fun with my daughters, running in the park, drinking a delicious beer and even writing this column.

Related: Knocked down? How easily will get up?

I needed to reconcile this gap between my increased happiness and the apparent lack of full evidence to support it. Is Meng on to something real or was he merely a “merchant of cheap sunshine”, as Haybron describes some happiness experts.

I asked psychologist Tom Stafford, who writes the Neurohacks column for BBC Future about the gap. “Squaring what works for you and what the science says is difficult because happiness is a complex object,” he told me. “There will be local variations due to individual personality, so we’ve immediately got a reason for expecting a gap between the science — which tends to work with group averages — and any one person’s experience.

“The interesting general question, to me, is when do we trust our experience and when do we listen to science,” Stafford added. “Obviously some things we don’t need science for (‘Does dropping a rock on my foot hurt?’), and some things we do (‘Is smoking bad for my health?’). Happiness, I’d argue, is in between these two cases.”

My investigation between experience and science in terms of Meng’s three steps put me closer to the dropping-a-rock-on-my-foot camp — giving more stock in my experience than the studies. As Stafford notes, it may just be that meditation, logging joy and wishing others’ well works for me because of my own personality.

It’s possible that future studies will shed more light on these issues. The field of “positive psychology” is only a couple of decades old. “Part of the reason you can’t find the evidence,” Stafford noted, “is that people haven’t been looking as long as they have at, say, why people get depressed.”

There is growing and legitimate research on happiness, and Hayborn sees the topic as valid as the much larger and older body of work looking at its inverse: unhappiness. “Measuring happiness is no more mysterious or fraught then measuring depression or anxiety,” he concludes. “And should be no more controversial.”

To many, Meng’s three steps may seem obvious or simplistic. Yet he compared his advice to showing us how to do a single push up or arm curl at the gym. You know it does you good, but you have to do the exercise every day to get results. I may be more experientially convinced than scientifically sated, but it’s enough to keep me going to Google’s happiness gym and doing those push-ups.